After a lengthy environmental analysis process, the US Forest Service issued a final decision approving the Taylor Hellroaring project in November, 2019. As mentioned above, the project includes commercial logging, significant fuels reduction efforts to minimize fire risk, and recreation components. The recreation components of this project include the construction (or reconstruction) of approximately 28 miles of trail to the north and west of Whitefish Mountain Resort. The final decision outlines the project in more detail; scroll to page B-2 for a detailed map of the project (map also appears below, courtesy of the USFS, but it may be hard to read here).

FAMB continues to strongly support this project; these new trails will provide a spectacular addition to the trail network in the area. We have already begun raising funds to pay for the design and construction of these new trails. Donate today to help FAMB expand our already stellar network of trails in the Flathead! 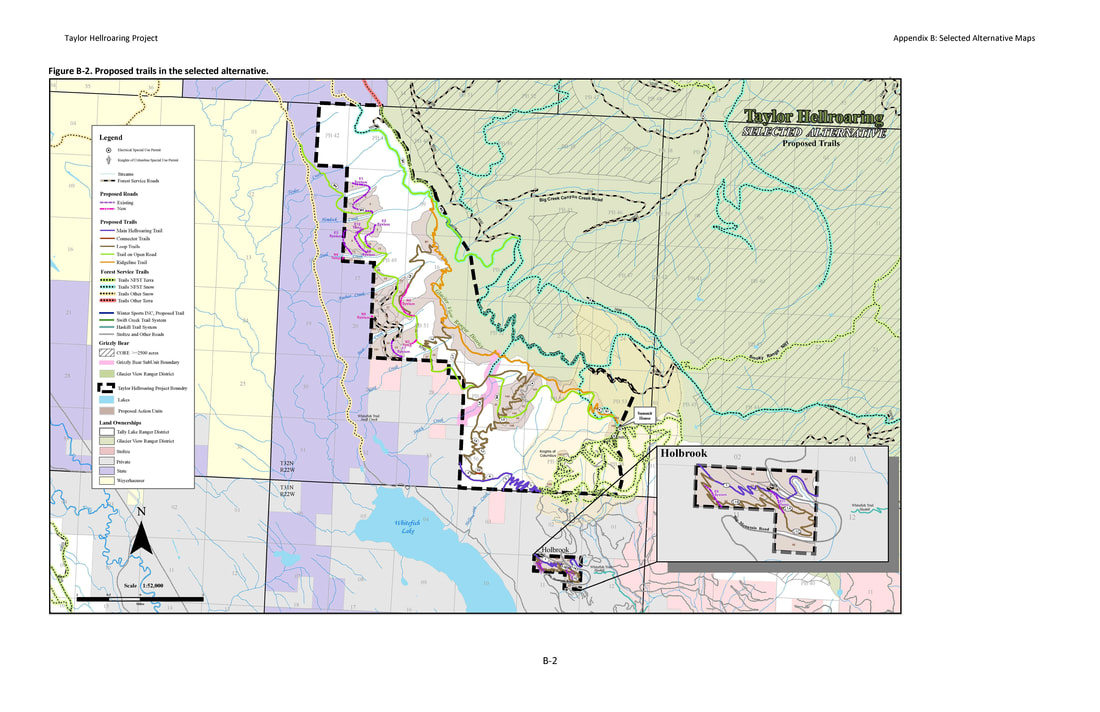